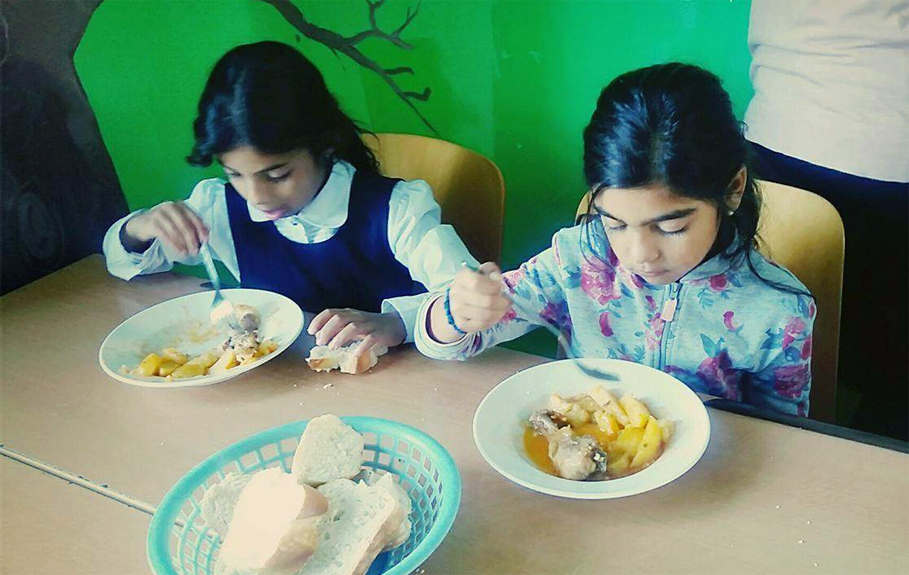 HELP SUPPORT A COMMUNITY IN NEED

Romania ranks second in the world in terms of total number of officially reported abortions related to country population (112.3%), with 21,826,608 abortions for a population of less than 20 million.  This statistic only accounts for the abortions performed in official state hospitals. It is believed this number is higher since private clinics are not required to submit the amount of abortions performed in their clinics.  Also, data from the National Institute of Statistics don’t take into account chemically/hormonally induced abortions.  Prof. Virgil Ancar, Head of the Obstetrics-Gynecology Clinic of “St. Panteleimon” Hospital in Bucharest, has estimated that such procedures could amount to 30% of the total abortion number.

The world average of abortions related to a country’s population is 13%.

While abortions are common in Romania, not all shared the mindset on this practice and looked for alternatives to combat the culture of abortion.  In 2005, Precious Life was invited to come to Romania and help start a Pregnancy Care Center called PULS.  We partnered with My Brother’s Keeper in Roxbury, PA and accepted the invitation.  The Pregnancy Care Center is located in Oradea, Romania, which has a population of about 200,000.

Our ministry in Romania has grown tremendously since 2005.  The pregnancy care center has grown their local support and reaches about 30 women each month.  Through prayer and our staff’s and volunteers’ diligent work within Romania we received an invitation by the local official state hospital to offer counseling inside the hospital’s abortion ward! Our counselor has access to clients who are arriving to have an abortion!  She sees about 5 or 6 women change their abortion plans every year!

We also support 4 Purity Presenters in 4 major cities throughout Romania – Oradea, Botasani, Iasi and Dej.  Our Purity Presenters travel to various schools and youth events to educate the youth on abstinence as a healthier choice for young men and women.  Together, these faithful warriors reach over 15,000 Romanian youth annually!

Another issue that plagues the Romanian culture is abandoned babies.  It is estimated there were almost 1,000 babies abandoned at local hospitals in 2017.  Babies are abandoned for various reasons; they are born with medical issues, a mother may not support abortion but does not want the child, there are other children in the home and parents cannot afford time in the hospital with a child if the child requires an extended stay, and so forth.  While many children are eventually returned to the family, many are moved to an orphanage.  Because the nurses are overwhelmed by the needs of these abandoned children, the children are often left without any nurturing and human interaction.

Precious Life makes arrangements for the ladies who accompany us on our missionary trips to spend time in the local hospitals.  The women spend their time rocking the babies, interacting with them, loving on them, feeding them, changing them, and giving them vital human contact to assist in their development.  The hospital staff is most appreciative of the time and care our ladies give to these precious children.  Through their display of love and selflessness, we have witnessed improvements in the child care of these precious babies, and there is now a strong volunteer program with Romanian volunteers staffing the hospital on a regular basis. 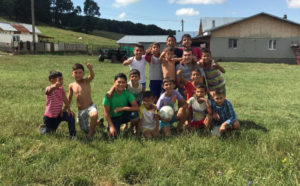 The Romani, or Gypsies, are the largest minority group in Romania, and according to a 2011 census, account for 3% of the total population of Romania.  Much of the Gypsy population live in extreme poverty and are considered outcast within the Romanian culture. The prejudice within Romania is evident and obvious.  The Gypsy communities often lack education and medical facilities.  It has been stated that being a Gypsy is the worse social stigma in Romania.  Many workers, lawyers, doctors, etc. hide their origins out of shame and fear of being ostracized.

We have fallen in love with these dear souls.  We have been blessed by their unwavering faith and tenacity to overcome the stigma and prejudice against them.

In 2015, to celebrate our 30th anniversary, Precious Life embarked on a project to build three playgrounds for the children in three different Romanian locations.  One was in the city of Oradea, our headquarters.  Another was in Stroiesti, a poor village in the Northeast of Romania, where we are connected with a missionary from My Brother’s Keeper.  The third was in the Gypsy village of Boldesti-Scaeni, located about an hour north of the capital city of Bucharest.

In 2016, we had the distinct honor to bring the Gypsy Choir from Boldesti to the United States on a fundraising tour.  This group is comprised of men and women attending high school and college.  Many are studying to be doctors, lawyers, nurses, teachers, and architects in an effort to help their communities to rise out of poverty. The choir toured various cities on the East Coast with a memorable performance at The Tabernacle in Brooklyn, NY. 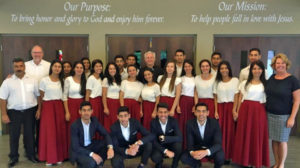 In 2017, we made a commitment to assist the community to build a Gypsy Medical Clinic in Boldesti-Scaeni.  It will be the first Gypsy owned and operated medical clinic in Eastern Europe!  The clinic is the product of the hard work of the very same men and women of the Gypsy Choir, who toured the U.S.  This pro-life clinic is targeted to open in 2020!

For information on any of these projects, please feel free to call any of our offices.